In Italian the word natale (nah-TAH-lay) means “day of birth” (though when capitalized it means Christmas, short for Natale di Gesù).  Legend puts the founding of Rome on April 21,  753 BC, so last weekend there were events to remember the natale di Roma, culminating with a parade on Sunday featuring historic recreations of Romans from the time of the Empire and earlier.

An event that has been occurring every April 21st for about 1900 years, whether anyone was aware of it or not, demonstrates one apparent function of the Pantheon, which was built by the emperor Hadrian in the first quarter of the second century AD.  On that day the sun shining through the oculus projects a beam through the doorway and out into the entry porch.  At noon the brilliant, focused solar spotlight just grazes the underside of the doorway and the sides of the entry passage, and in imperial times illuminated the emperor as he arrived at the Pantheon to commemorate the founding day. 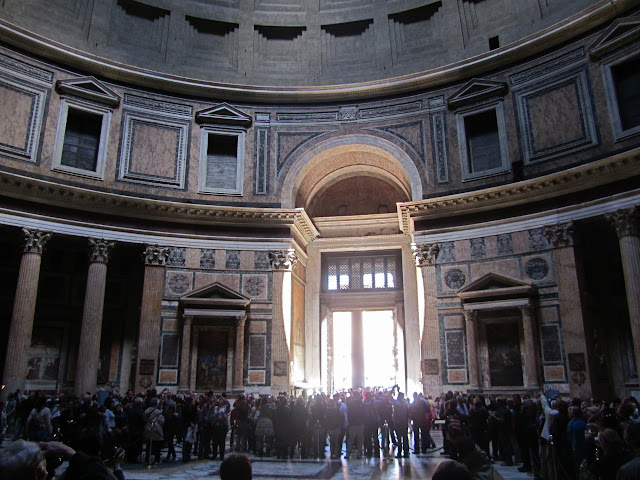 Another free event last Saturday was a multi-hour military band concert performed in the newly refurbished Piazza d. San Silvestro, just off the Via del Corso.  It was a pleasant, sunny spot, and it was fun to see and hear the different bands:  The Penitentiary Police, the Navy, the Air Force, the Carabinieri, and the Guardia di Finanza.  Here are pictures of the first four, with a video clip of the Navy band marching in.  (The music directors among you may find their finish interesting.)  They were the best, in our opinion, though the Carabinieri clearly won in the uniform contest.  The music selections ranged from classic Sousa and other military marches through Italian opera (Aida, William Tell), Neapolitan favorites, and even a bit of “Jesus Christ, Superstar.”  All of us in the older generation sat comfortably around the piazza while small children used some of the open space for impromptu dancing and military strutting to the music.


Above and below, the Navy Band.
(If the video is missing or won't play, go to this YouTube link.) 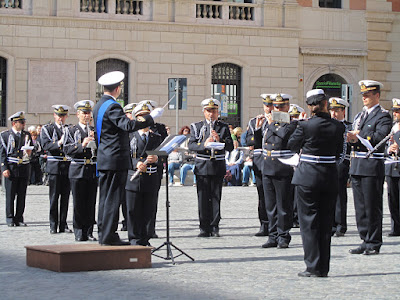 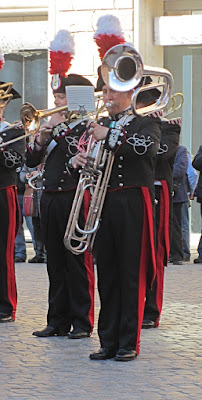 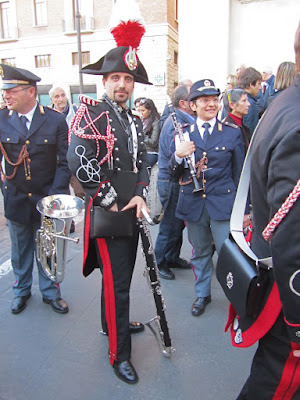 About noon on Sunday the big parade got underway from the Circus Maximus, passing near the Bocca della Verità circling clockwise around the Palatine and Capitoline hills, along the Via dei Fori Imperiali, and on past the Colosseum.  There were about fifty groups participating—possibly a thousand people—who came from all over Italy and much of Europe, including several Roman Legion re-enactment groups from Great Britain.  I didn’t see Romulus (or his slain brother Remus), but a goddess or two and a few representations of early tribes showed up.  Most of the marchers portrayed military legionaries from the later Republic and Imperial Rome, but there were also many women in groups dressed as Vestal Virgins, Roman matrons or dancers.  A fair number of senators were there as well, plus several of the emperors themselves.  Along with a few representative photos I’ve included a short video to give a feel for the parade.  (If the video is missing or won’t play for you, go to this YouTube link.) 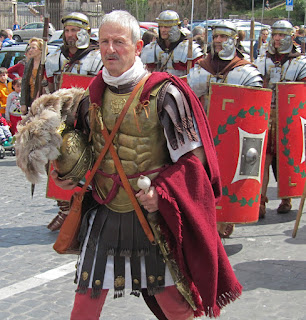 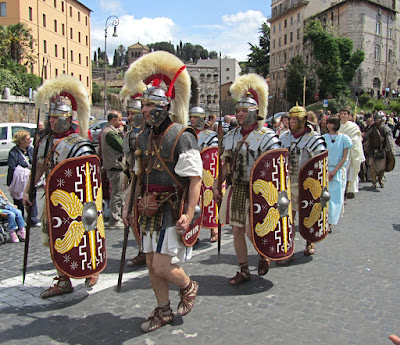 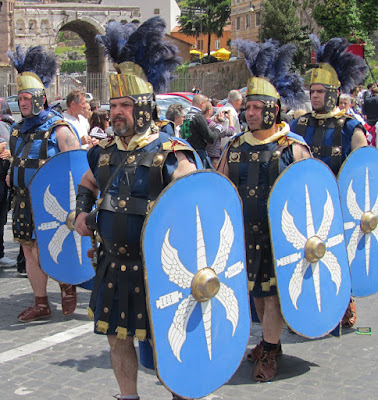 Here's a video sample.  Those are the Sybilline prophecies at the end of the first segment.
Click here if the video is missing. 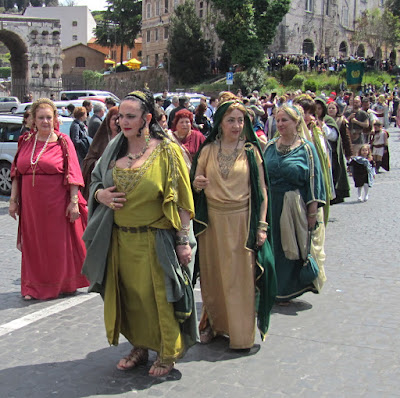 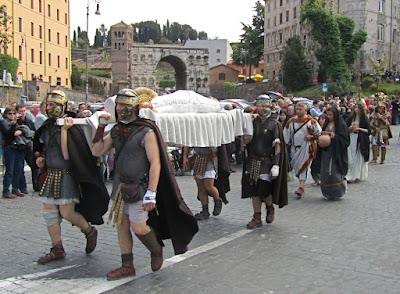 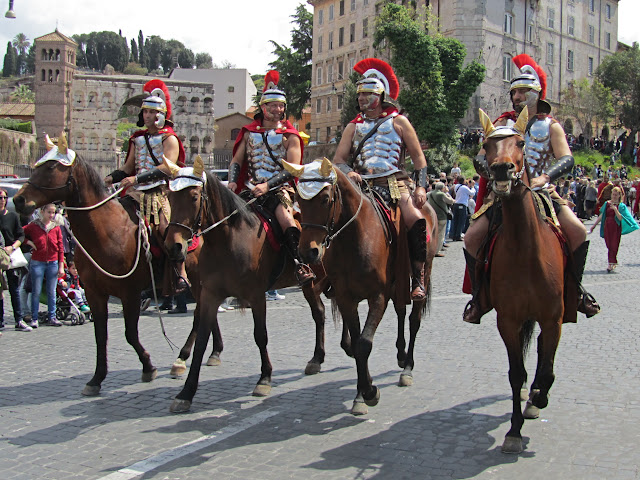 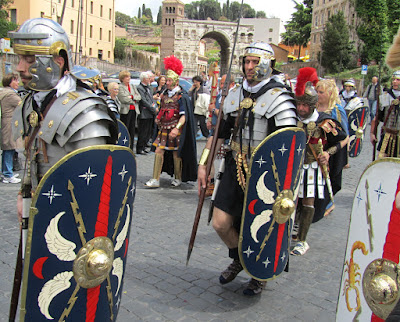 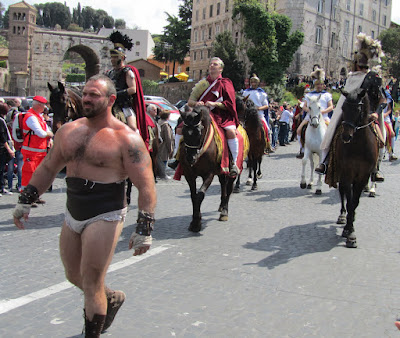 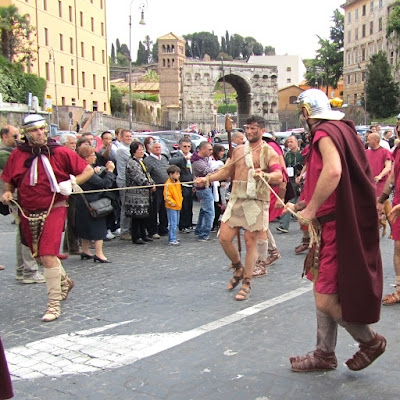 A dopo,
Roberto
Posted by Roberto at 5:25 PM