Last week we went to the Teatro Comunale to see the Rossini opera La Cenerentola, a version of Cinderella.  (Cenere means ashes in Italian.)  Four years ago when we were in Bologna we saw the hilarious Dario Fo production of another Rossini work, L'italiana in Algeri (The Italian Girl in Algiers), complete with flying bicycles. 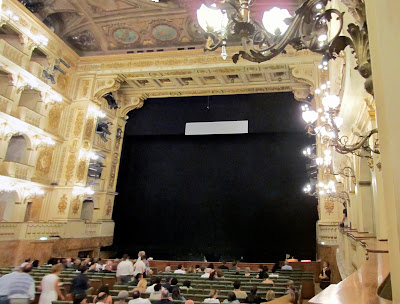 The Teatro Comunale is a classic European opera house, horseshoe-shaped and with layers of boxes, or palchi, rising to the romantically painted ceiling.  It opened in 1763 and still has 18th century stage machinery preserved under the auditorium and stage.  It also has a cool digital clock built into the ceiling above the proscenium arch.  Our seats were in the first level of boxes. 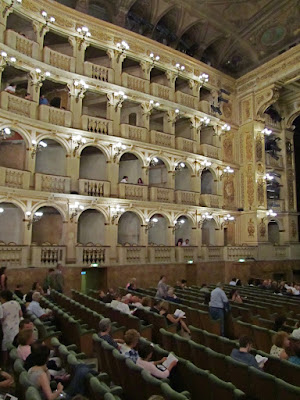 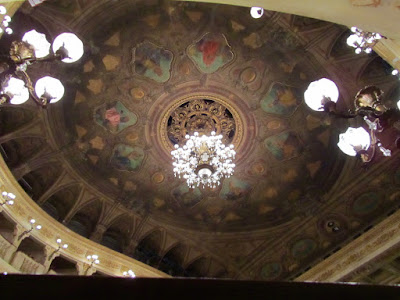 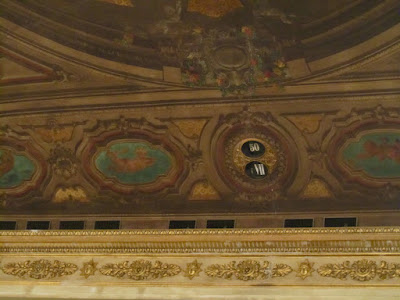 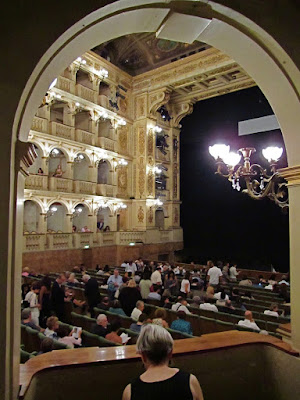 Production designers have fun with Rossini, so it wasn’t too surprising that this Cenerentola was set in the 1950s kitchen of a palazzo, where Angelica (Cinderella) sang of her dreams while the bread in the oven burned to a crisp.  The sides and back of the stage looked like monolithic gray walls, but had doors, ramps and decorative shapes that opened or slid out and were often met by stairs lowered from the fly above or rolled onstage.  The chorus was dressed in tuxedos (except when they took off their clothes in a drunken stupor).  They also occasionally did some tap dancing in the background.  All the singers and chorus did a great job, as you might expect in an Italian opera.  The show we attended was the last of this production in Bologna, and the applause at the end went on for 10 minutes while the lead singers and conductor took bows. 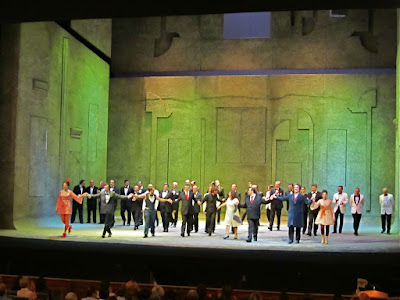 I couldn’t take pictures during the spettacolo, but I found a YouTube video called Cenerentola Backstage that shows this production in rehearsal, so you can get an idea of what the show was like. You can find it  here.

Roberto
Posted by Roberto at 2:03 PM