The Italian word for snow is neve, and yesterday and overnight we had a bufera di neve, a snowstorm, that left more snow in Rome than they’ve had since 1985.  When I opened the shutters this morning before dawn there was a blanket 13 cm (5 inches) deep below our window.  The trees on the hill across the street looked as if each branch had been piped with frosting.  The only moving vehicle was a 4-wheel-drive Carabinieri Jeep.

The snow had stopped and the air was calm, so we went for an excursion, first making our way up the Gianicolo (Janiculum Hill) to the park along Via Garibaldi and the piazza with views over the city to the east and of the Vatican in the northwest. 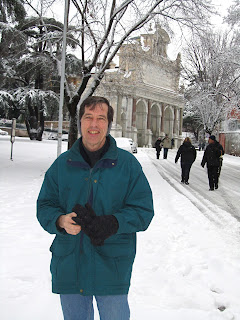 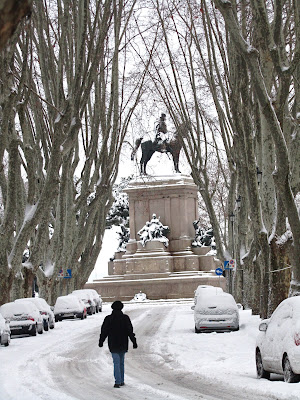 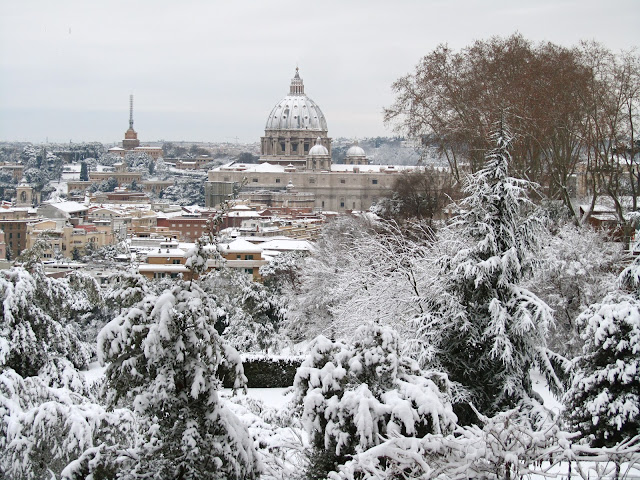 Even at a quarter to 9 there were very few people out.  Officially tire chains were required, and the 2-wheel vehicles were definitely sidelined.   The transit website had said that the trams would not be running and only a few bus lines would be active.  Normally busy Viale di Trastevere was nearly abandoned to pedestrians, who used the tram tracks for a walkway.  The snow highlighted tree shapes, hid trash, blurred graffiti and gave unexpected definition to fences, statues and buildings. 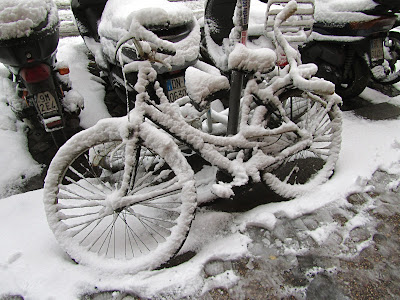 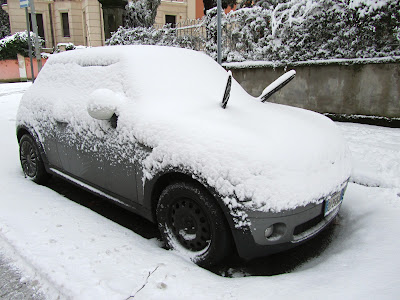 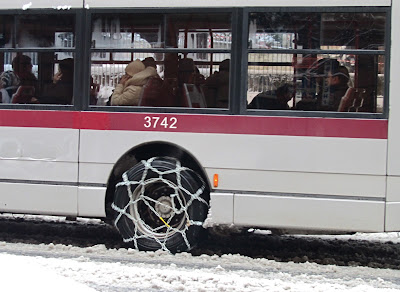 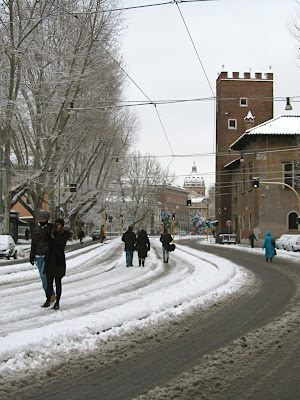 Over in the center of town at Piazza Venezia, the Vittorio Emanuele II monument was subtly whiter than even its normally blinding whiteness.  Behind it, up on the Campidoglio, or Capitoline Hill, the wind-blown snow had chosen its own features to hide or embellish. 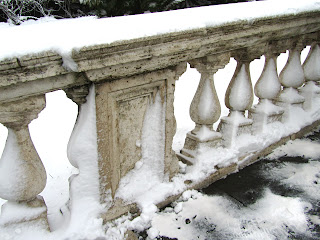 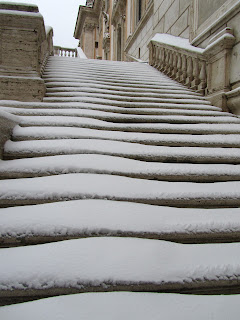 We found a view of the Forum from about where condemned criminals in ancient Rome were put to death by throwing them off the Tarpean Rocks.  Our outlook on life from there was a bit better.  The scattered remains of Imperial Roman temples and basilicas stood out nicely against the white background.


Back in our own Trastevere neighborhood, we stopped to see Stefano, our fruttivendolo, who was one of only two who set up in Piazza San Cosimato, where Saturday mornings usually call out a full complement of fruit and veg sellers.   All the local children and dogs seemed to be out playing in the snow, and all the adults were there too, shopping, talking, and taking pictures. 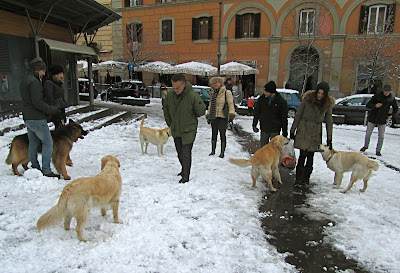 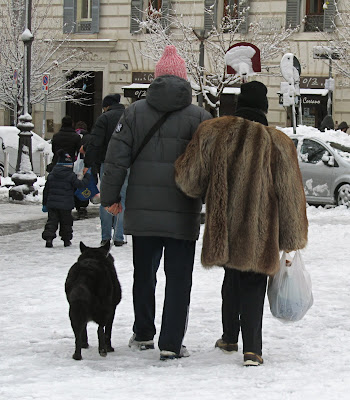 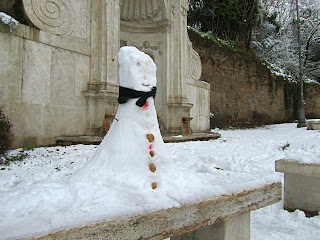 Yesterday afternoon soon after the snow started, I fulfilled a long-held goal:  to see snow falling through the oculus of the Pantheon.  An unexpected but welcome side-effect of the maltempo was that all the tacky souvenir vendors and ugly mobile food trucks had left the piazza in front of the Pantheon.  Here are the only pictures I’ve ever been able to take of the building without them!  And I made a short video inside.  If it doesn’t show up below or won’t play for you, it’s at this link on YouTube. 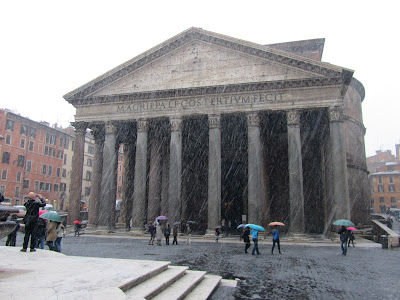 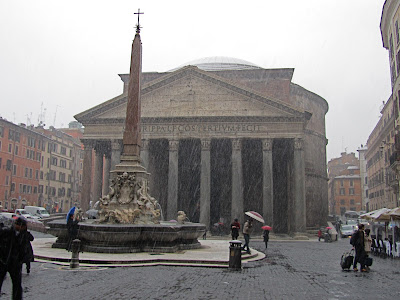 It is possible that all this snow is thanks to Cinzia.  When we discussed spending the winter in Rome, she said she wanted snow while we were there.  Perhaps Jupiter Niveus, the snow-controlling aspect of the king of the Roman gods, heard her wish and delivered.  Or maybe it was a cold front from Siberia.